On Sunday nights, families religiously watched the Ed Sullivan show. In those days, most only had three black and white channels, no play back, and yet it was more entertaining than cable or satellite TV today. According to Soke Hausel, "We had no idea who these four British musicians were or what they were about, but they changed many people over night". As Soke tells the story...

"When I attended school the next day, everyone was talking about the invasion. I wanted to be a musician - just like millions of other kids around the world. So, I took up the guitar. I purchased a Gibson Firebird - can you believe it, I just saw a similar guitar selling for $28,000 on ebay. I paid a little over $100 for mine! Later, three other guys (Steve Poulos, Jan Hart, and George Allen) found me and we formed a band called the 'Churchmen". We became very popular in Utah and started playing at concerts and parties every weekend but soon we realized having long hair had drawbacks - rednecks wanted to shave our heads and rough us up because we were different. Today, I have no problem with rednecks - some of my heroes are rednecks.

Luckily, right next to my former junior high school was a karate dojo - the Black Eagle Federation - so we all signed up for kyokusinkai karate and trained with Sensei Tom Anguay. That was my start in martial arts. More than 50 years later, I've trained in several martial arts. Many doors opened for me because of my affiliation with the University of Wyoming where I taught martial arts classes and clinics for more than 30 years, and because of my association with Juko Kai International.

A few years later, the Churchmen broke up and I joined another band - the 12th Night, but it wasn't my kind of band. We played for university venues and in pubs, but I didn't like playing in night clubs. About that time, I started teaching guitar at the Music Center. But one day, I had enough and gave up my career as a professional musician and sold my Firebird for a few hundred dollars and started working as a tour guide and astronomy lecturer at the Hansen Planetarium. I had stars in my eyes.

More than 50 years ago, karate was different as were the instructors (sensei). In 1964, bullying was encouraged and karate training was brutal - but at least no one ever took a bullet even though guns were very common and often seen in many teenager's truck windows in the parking lot on campus. We even had a target range under the high school where members of ROTC trained with .22 caliber rifles.

I elected to continue martial arts for the rest of my life. Traditional martial arts should be a lifelong commitment - not a fling, but it is rare to find anyone who can make that kind of commitment.

Traditional karate provides opportunities to get in shape, meet others with like minds, make lifelong friends, and learn pragmatic self defense. Traditional martial arts are about earning everything. One major difference between traditional and sport martial arts was pointed out in the original Karate Kid movie. Remember Miyagi-Ryu Karate (traditional) and Cobra Kai Karate (sport)? Traditional karate is about courtesy, self-respect, and respect for others. Those who train in traditional karate practice it as if it is a weapon and we all learn self-confidence. Every single person I trained in traditional karate came out much more positive and self-confident. Those in sport karate train as if it is a sport or game. Personally, I have no problem with sport, but after 50 years I understand this significant difference that is unrecognized by the layman. There are some good sport karate schools and organizations, but this form of karate does not be focus on self-defense but rather on trophies, sparring, and periodically bullying - but there are both good and bad sport practitioners - just like we see in the NFL and in other sports. Unfortunately, there are a lot more sport karate schools and this has resulted in scam artists opening martial arts schools - many purchased diplomas or fabricated their own. In traditional karate, most everyone knows everyone else and everyone's instructors, so legitimacy is everything and it is very difficult for a politician - err I mean scam artist, to sneak into the system.  On Okinawa, the birth place of karate, nearly all karate schools are traditional. 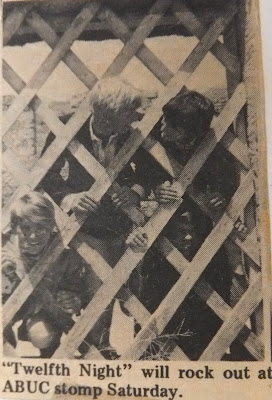 Today, I teach karate classes and other martial arts to adults and families at the Arizona School of Traditional Karate (aka Arizona Hombu) on the border of Gilbert and Mesa. We have may students scattered worldwide: many are university professors, teachers, engineers, scientists, doctors, lawyers, social scientists, law enforcement agents, artists and some are common laborers. My son Eric, daughter Jessica and grandsons are all proficient in karate. It is my hope that you too will follow the karate path."

ABOUT Arizona Shorin-Ryu Karate and Kobudo

Seiyo Kai  evolved from traditional Shorin-Ryu Karate and was officially recognized as a unique martial art in 1999. Thus thi...